1. e4 (I had a panic attack about his battle tested Kings Indian v. my new Reti!)

1. ... c5 (I hope he doesn’t know the Sicilian as well!)
2. Nf3 (Martian logic says if you play something you don’t know make sure you really don’t know it – hence the open Sicilian!) 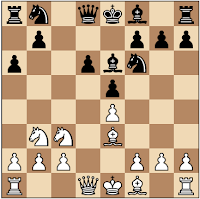 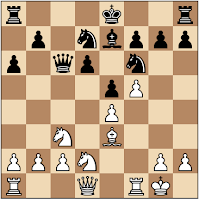 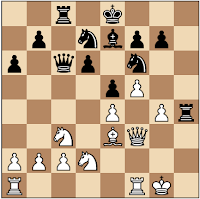 18. g5 Nh5?? I had thought for 20 minutes cogitating his Ng4 where after Qg3 he had Nxe3 and then after the sequence Qxh4 Nxf1 Rxf1 I was loose but with K side pressure. I think the move played loses a piece to a pawn.

19. Bf2 ! Bxg5
20. Bxh4 Bxh4 ? The Martian mind scrambler I keep down my inside leg ( no not from one of those films Jackie Smith’s house husband watches !) has done the trick he had to play Bxd2 to have any worthwhile counter play. 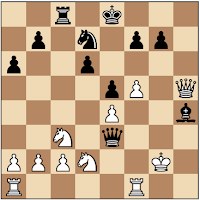 23. Qxh4 Rxc3 ?! Phew mind scrambler still working what is this? I had expected Qxd2 when Rf2 held well and allowed me to attack with Qh8+. Hasn’t he given me enough material? 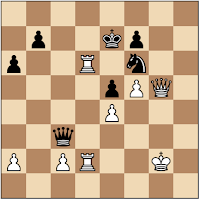 Having a Ball with the French

I think Graham expected to lose this one, he had fluked a half early in the season but maybe that actually worked in his favour. 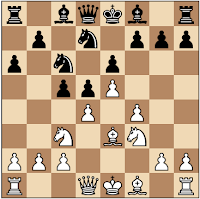 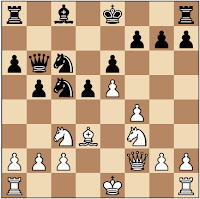 After 15 minutes thought. Graham gets nervous when good players start to think, mostly because he admits he can never figure out whats to think about, too much quickplay chess! 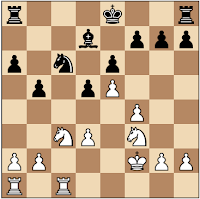 Can't help but think one side or the other needs to be on b4 here but haven't sat down and analysed it. 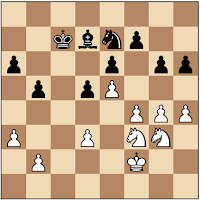 JPM has around 15 minutes left but takes 10 of them over the next mone, GB now very nervous. now I think b4 or Nd4 probably best but JPM maybe feels he should find a winning move 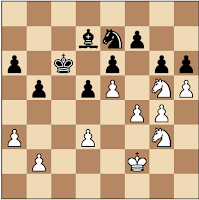 After sitting there for 10 minutes. GB would not have taken that Knight even if it were possible. 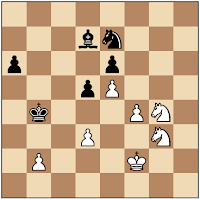 Dont like this move, think GB has an edge now

Not convinced by this either (time trouble moves.) 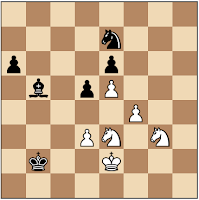 Swapping off alright for GB, the Bishop ought to become strong.

Time control, now on a first look I would have thought black winning but have not yet found a winning line , the problem is the a pawn is queening on the wrong colour so if white gets his king in front of it even after losing the knight to stop the d pawn it's drawn. 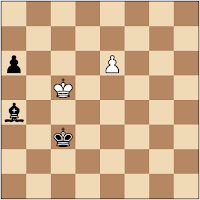 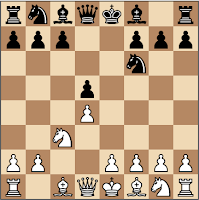 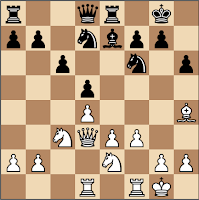 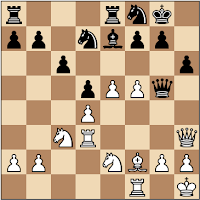 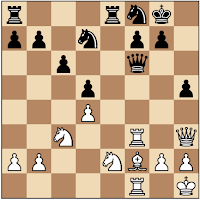 What a crush! A great reason to play 1. d4, except that most of the time you will find yourself in a Nimzo, or a King's Indian, or a Slav...
Posted by Phil at 23:54 No comments:

Black to play and lose

Here is how Tudor won his game last Thursday night. This was the decisive game which won us the match against Holmes Chapel.

Here is the position after 30. cxd: 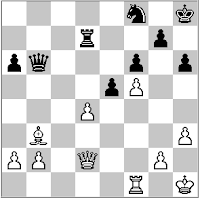 Various tactics left white with not a lot more than a slightly easier position to play in time trouble.

Black decides to simplify. But this left one winning resouce I had been hoping might come into play.

So what would you play to give yourself the chance of a quick swindle? 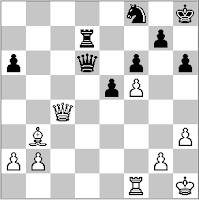 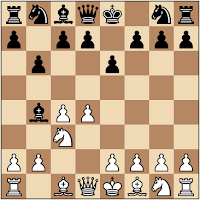 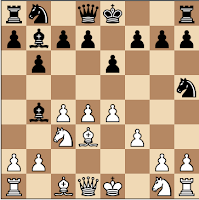 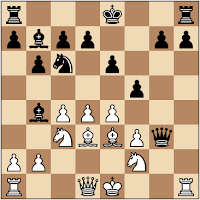 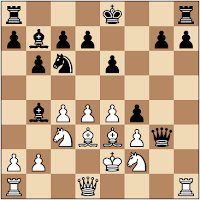