Another victim of the system

While most of East Cheshire Chess Club have been sunning themselves in various parts of Europe our top player John Reed has been honing his opening system (which he kindly shared with us in a number of recent lectures) in France.
Here is another Queen's Gambit Declined steamroller with notes by John:
My opponent is an up and coming Azerbaijani junior who plays in France rated about 2000 ELO. The opening is simliar to the Queen's Gambit exchange. Note the standard metod of nullifying his early kingside attack. I prat around a bit on moves 21 to 23 but then it is amazing how quick the game collapses after g4 and Rg1. I don't think g4 is a great computer move but deserves a ! for unsettling the game at a crucial point.
JR - R Kasimanali
1.d4 d5
2. c4 e6
3. Nc3 Be7 (avoids many openings) 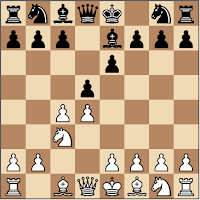 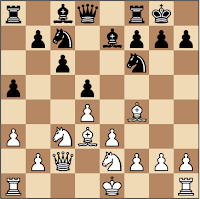 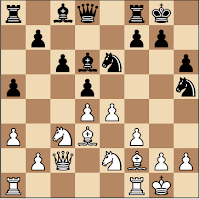 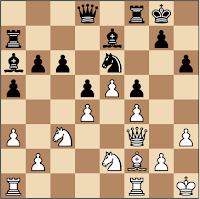 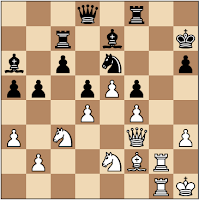 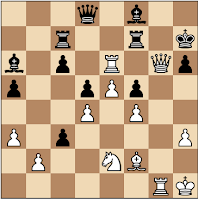 Let's hope for some similar crushes in the Stockport league this season!
Posted by Phil at 23:32 No comments: